Marshal Rogov, head of the Air Force of the Soviet Peoples' United Republic, announced at a press conference today that the Main Design Bureau had developed a new monoplane fighter, the R-1 (or Rippov-1). It is about to begin a series of test flights very soon, and will enter production within the next six months. 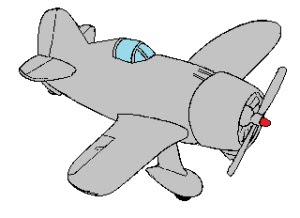 An artist's impression of the new R-1 fighter.
In response to comments from members of the Western press that the design looked very similar to the Gee Bee Model Z that was designed and built by Granville Brothers Aircraft, the designer of the new fighter, General Rippov, stated that this was 'a typical bourgeois slur on the creativeness of the Proletariat.' He further stated that it would be more correct to say that the Gee Bee Model Z resembled the new Rippov-1 and not the other way around.

Mr Foxton Light, editor of the influential Military Aircraft Monthly magazine was heard to comment that 'the R-1 and Gee Bee Model Z are different; they are painted in different colour schemes!'

On a separate note, the disappearance of the third prototype of the Gee Bee Model Z some months ago still remains unexplained. The aircraft was on a test flight from Springfield Airport, Massachusetts when it disappeared. Both the aircraft and its pilot have not been seen since. 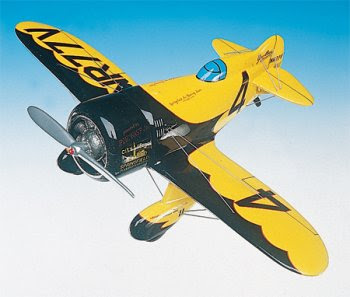 An artist's impression of the Gee Bee Model Z.
Posted by Robert (Bob) Cordery at 19:26