Some years ago I visited the Military Museum situated in Montjuich Castle, Barcelona.

One of the weapons on show was described as being a Vickers M31 75mm Anti-aircraft Gun (which seems to have a lot of mount for not much barrel!). 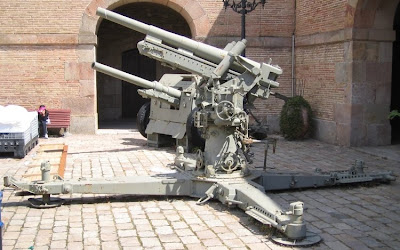 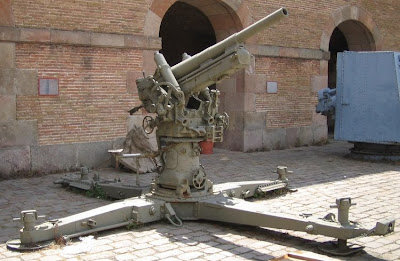 There was no information available about this gun and its mounting, and it looks very different from any of the photographs that I have seen of the Vickers M31 75mm Anti-aircraft Gun. In fact the mounting looks more like that used for the Krupps 88mm Anti-aircraft Gun, but the barrel was definitely not a cut-down 88mm one!
Posted by Robert (Bob) Cordery at 18:20 3 comments: